This past spring, I attended the Washington Outdoor Women’s “Duck Hunting 101” workshop.  It was a day long workshop consisting of four separate stations: clay shooting, setting decoys, using a hunting dog, and duck hunting and gun safety.  I took their shorter version of the Duck Hunting workshop at their fall retreat and loved it, so I was really excited to go to this.

Our view for the day

The workshop was being held at a private hunting club—a men’s only hunting club to be exact.  But, for this one weekend out of the year, ladies took over!  The hunting lodge itself was beautiful.  I wish I could’ve gotten pictures inside of the big vaulted ceilings, wood and stone work throughout, a huge fireplace, and big leather couches to relax in.  I’d love a hunting lodge like that one day!

About 30 women attended, plus all the instructors.  The day began with breakfast.   Washington Outdoor Women sure know how to feed you well at all their workshops!  Breakfast was a huge spread of options, several home cooked.  One dish was a delicious salmon egg bake that I’d love to try and make myself.  After everyone was fed, we had a quick intro then broke off into our groups. 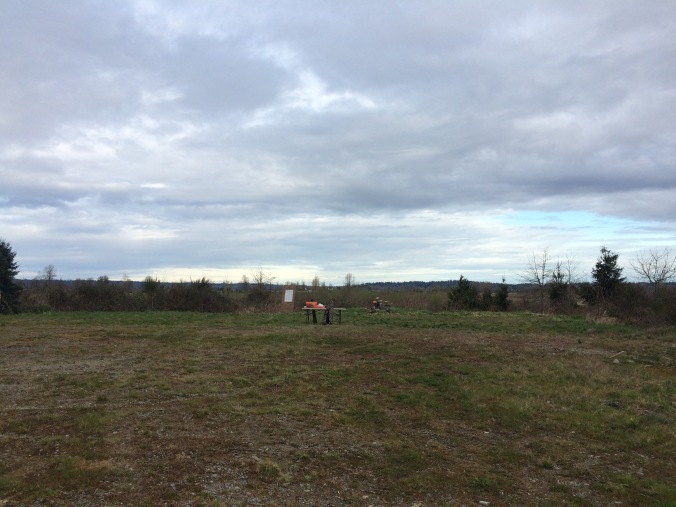 The ladies were separated, groups A-D, and would rotate through all the stations.  My first station was clay shooting.  I ended up in the group with women who had previous gun experience, so we shot first.  Everyone else took the gun safety workshop before getting to shoot the shotguns.

A father and son taught this workshop.  They quickly went over the basics and it was time to get shooting!  Each woman had 6 chances for their turn.  I’ve only shot clay pigeons one other time and it was during my Hunter Education field test where I hit it on my first try.  Definite beginners luck!

The shotgun range I shot my first clay pigeon at

The first couple women who went missed all their shots.  To be fair, we were having some problems with the machine shooting the clay pigeons.  It wasn’t shooting when it was supposed to.  It was my turn to get up and the instructor said he thought I’d shoot one since I shot a deer last year.

I yelled pull and sure enough, he was right!  First clay pigeon shot of the day!  I’d really love to get more into trap shooting.  It’s a lot of fun and I feel like it’s something I could become pretty good at with practice.  It’s also so satisfying to see your clay target break into pieces! 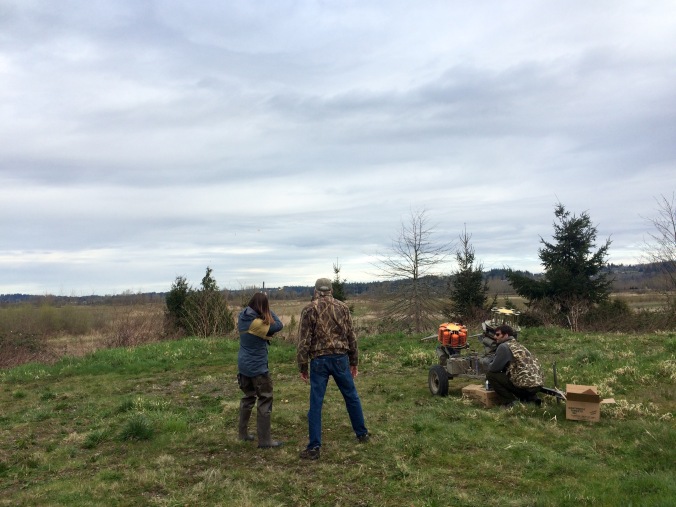 The beautiful view while shooting

We had an hour at each station and boy did that hour fly by quick!  Each woman went through the station once.  A couple women were pretty new to using shotguns and they went another time so they could hopefully shoot their first target.

One of the reasons I love learning with a group of women is they’re incredibly encouraging.  Everyone cheered and was genuinely happy when a woman did finally hit her first target.  It’s an incredibly supportive environment to learn in.

Our next station in the Duck Hunting workshop was setting decoys and we were getting out on the water to learn!