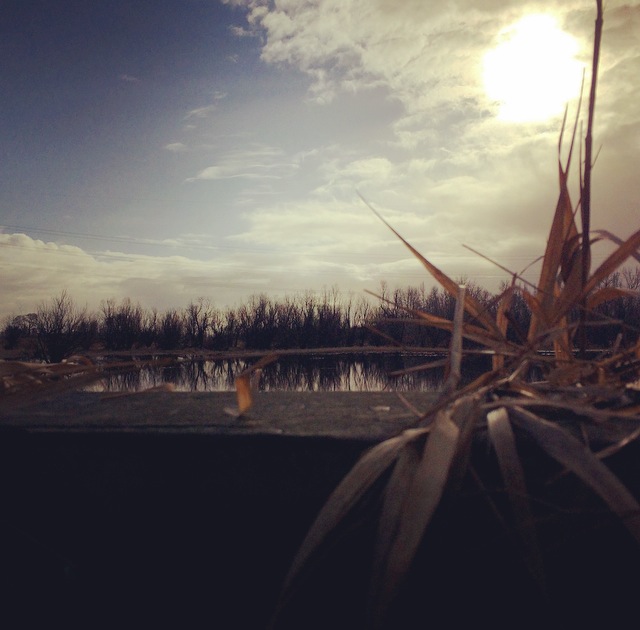 As many awoke excitedly on Christmas to open their presents, I woke up bright and early excited to head out for my first duck hunt.

With no holiday plans until the afternoon, my brother and I seized the opportunity to get out and see if we could shoot some ducks.  I’d been interested in duck hunting for awhile so I couldn’t wait to learn more about it.

Duck hunting is my brother’s favorite and he has his go-to spots around where he lives.  But since we were both home for Christmas, it was all new territory neither of us knew.  The Washington Department of Fish and Wildlife website has a great “GoHunt” feature that shows public land for different types of hunting.  I put in our location and found a couple of areas for duck hunting.

We headed out as the sun was rising and drove to a large lake outside of town.  We figured there wouldn’t be many other hunters out since it was Christmas morning, but boy were we wrong!  Several cars were parked along the road and we heard gunshots ring out almost immediately after stepping out of the car.

This area seemed to be along a migratory route as several flocks of ducks flew overhead and quacking echoed throughout the sky.  The only problem was they were too high to shoot.  As we walked along a small stream, my brother taught me about jump-shooting.  Unfortunately, we saw no ducks to actually jump-shoot.

We decided to head over to the other side of the lake that I had read had a couple of blinds set up for anyone to use.  A few trucks were in the parking lot when we pulled in.  We began walking to what we thought was one of the blinds and ran into another hunter.

He was nice enough to explain the area we were at and the areas to explore.  He had been there since early morning in one of the blinds and hadn’t had any luck.  He was heading back to grab his decoys and call it a day, but encouraged us to explore the area to see all that was there.  The recent rainfall flooded several areas, making it harder to reach some points. 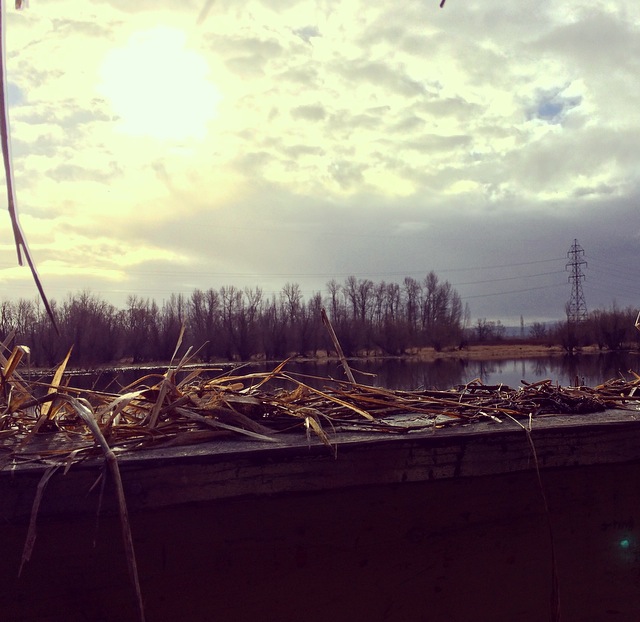 The view from one of the blinds on the land.

Next to the fence line of the public land was a private marsh.  And wouldn’t you know it, there were a hundred or so ducks all on the water!  It’s like they know the safe areas to be or something!  Having not seen any ducks fly over in over an hour, we decided to head back home.

Even though we didn’t get anything, it was still a lot of fun.  Duck hunting is our new Christmas morning tradition.  I’ve always enjoyed spending time with my brother and I love that hunting has given us more to bond over.  I can’t wait until this fall to join him at his main hunting spot and hopefully shoot my first duck.

One thought on “Merry Duck Hunting”