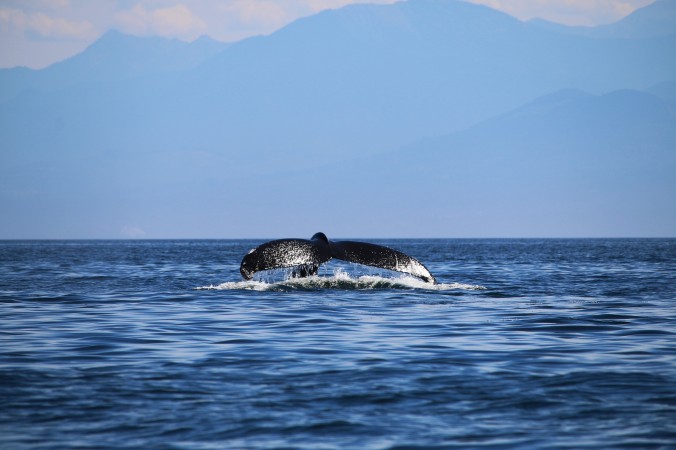 This past weekend, I was lucky enough to have my first whale watching experience!  I was even more lucky to enjoy it with family on my uncle’s boat.  It was an incredible couple of hours seeing several orca pods and humpback whales. 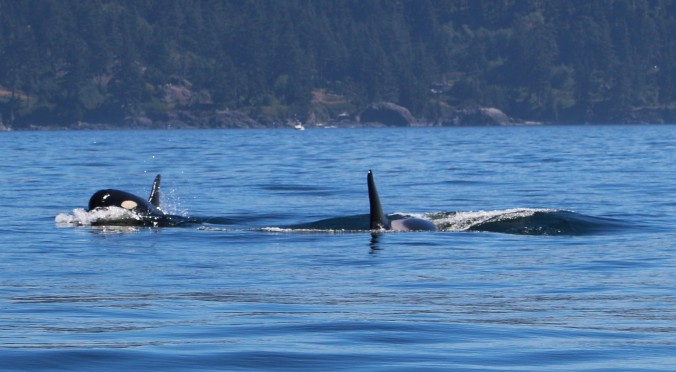 We headed out into the Strait of Juan de Fuca, a channel that runs between southern Vancouver Island, Canada and the northern Olympic Peninsula in Washington.  We had been out the day before and didn’t see anything, but heard guys at the dock later saying they saw orca pods two separate times.  We were really hoping we’d have better luck this time out.  After a few minutes of looking around, we saw the first dorsal fin come out of the water. 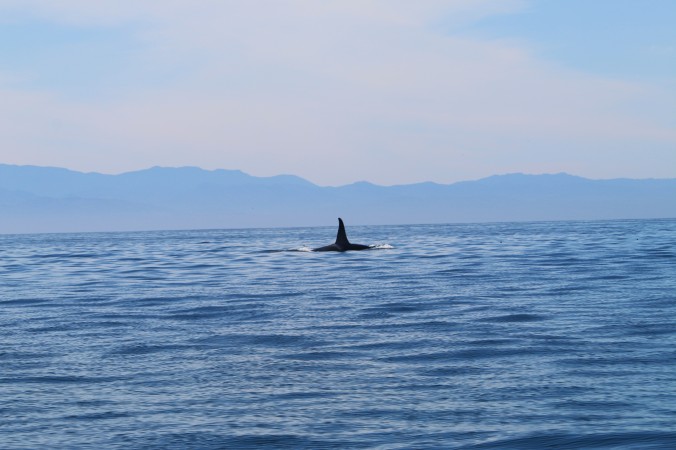 It was by far one of the most amazing things I’ve ever witnessed.  The sheer size of these whales is enough to leave you speechless!
Click below to see a ton of pictures of orcas (even a baby!) and humpback whales! 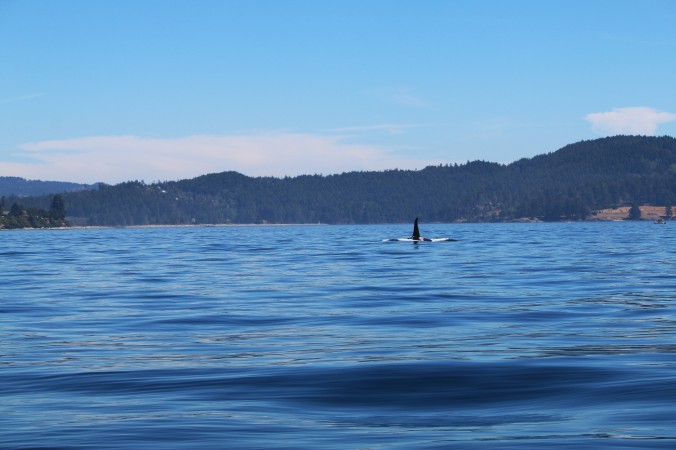 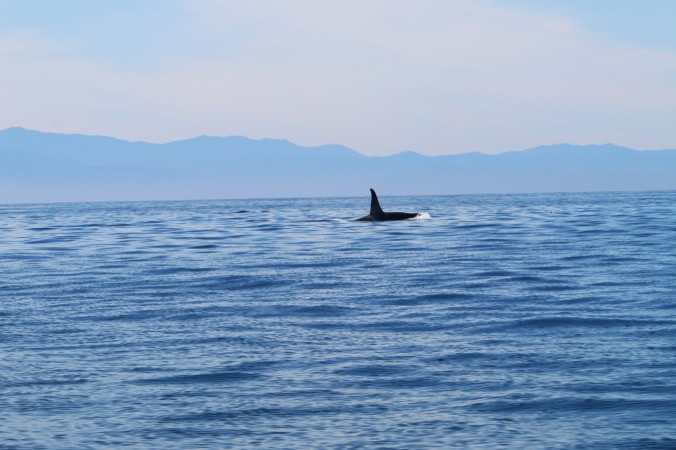 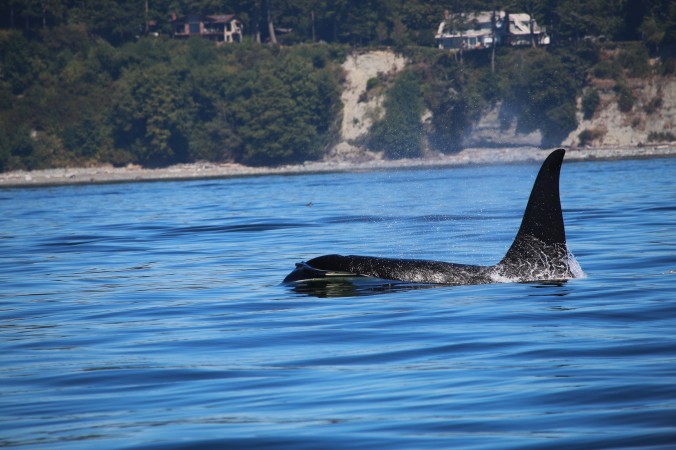 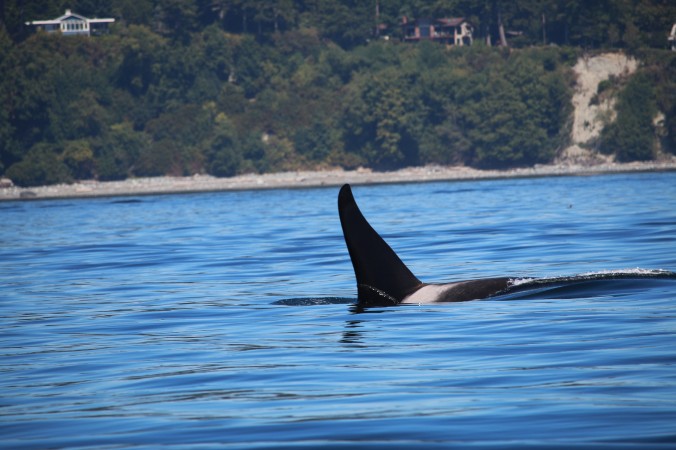 The first pod of orcas we saw came so close to our boat it was crazy!  I still can’t believe I have pictures that close.  It was incredible to see in person.
We decided to move farther out into the Strait and ended up near a couple of whale watching boats.  It was so quiet on the water that you could hear the whales blowing out water each time they surfaced.  Words can’t describe how amazing it was to be witnessing all of this. 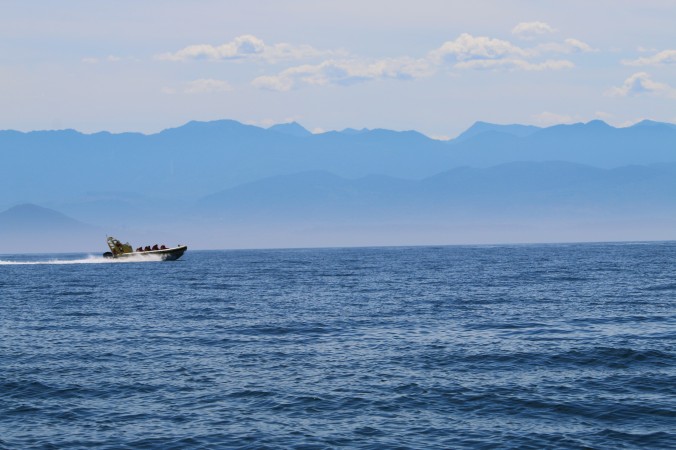 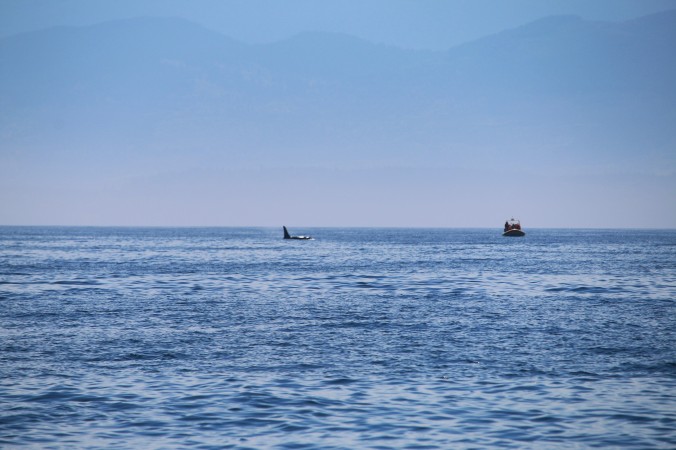 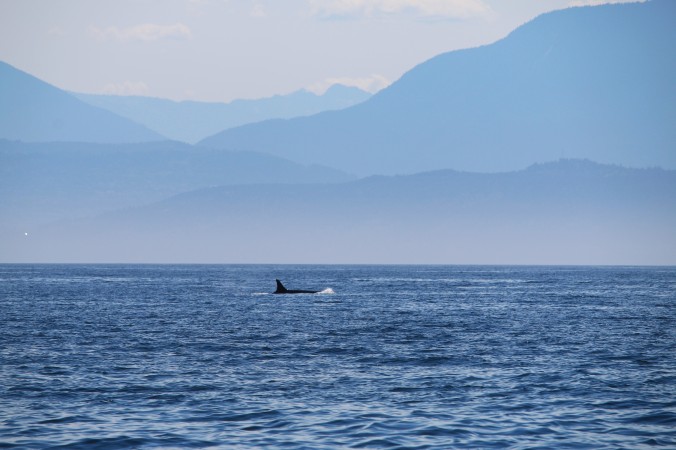 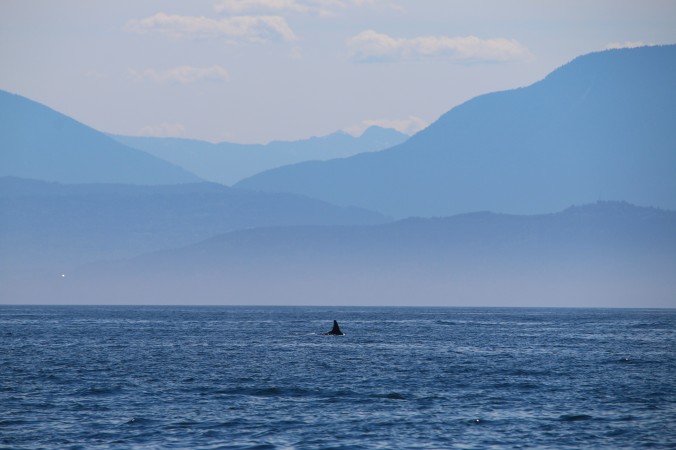 And then in the distance, we saw our first humpback whale. 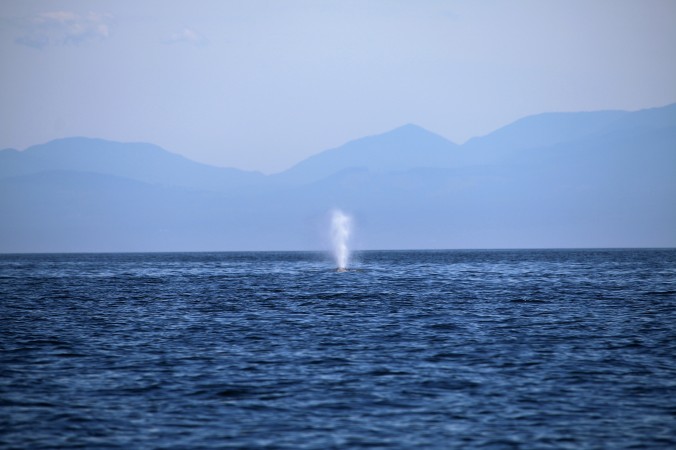 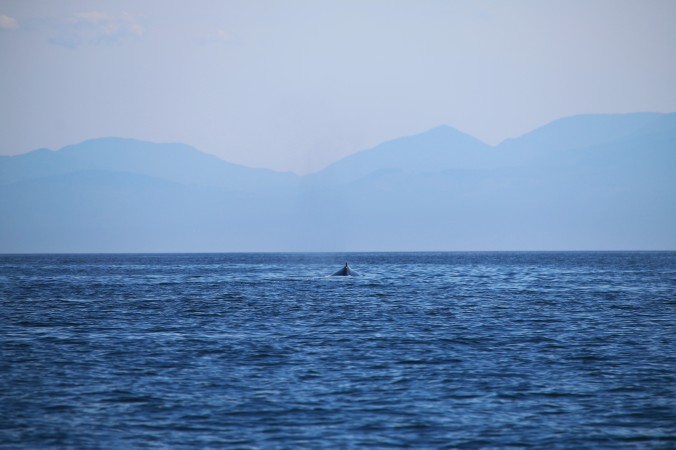 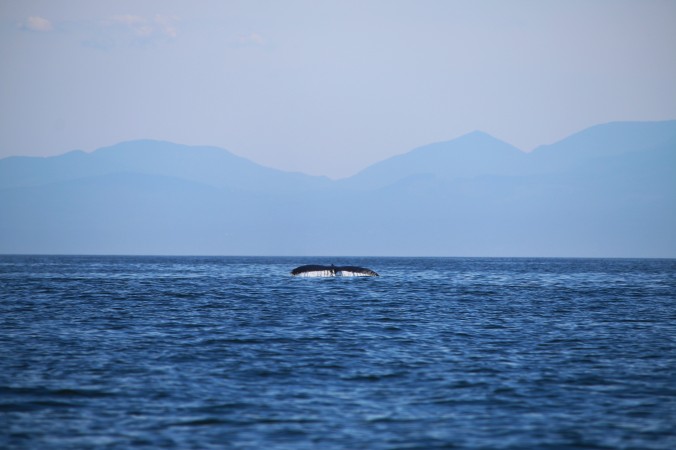 It was fascinating watching the whales’ patterns.  The killer whales surfaced frequently and it was easy to guess their path.  Humpback whales didn’t surface as much so it was a lot harder to know where they were going.  They usually surfaced three times in a row and we knew on the third time, they’d dive back down and we’d see their tail.  Then it was the guessing game of when we’d see them next.  We got incredibly lucky and one ended up surfacing right off the front of the boat. 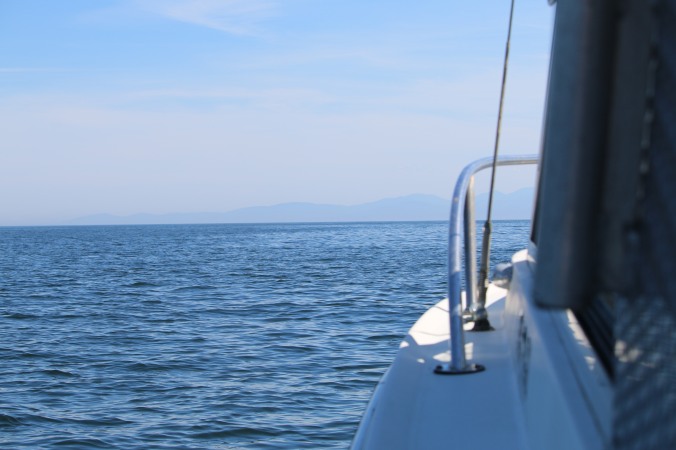 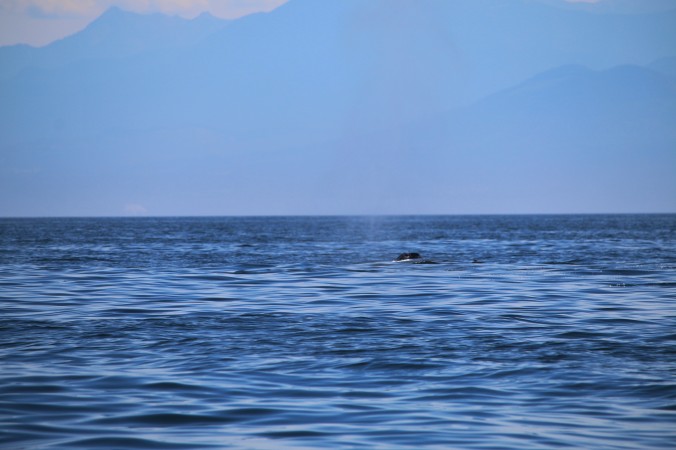 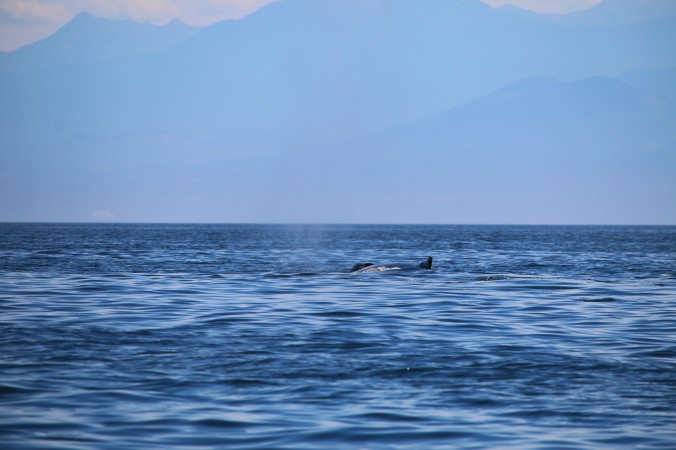 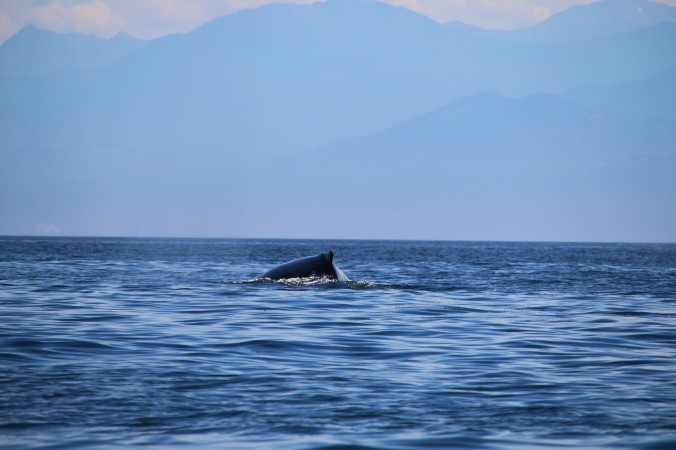 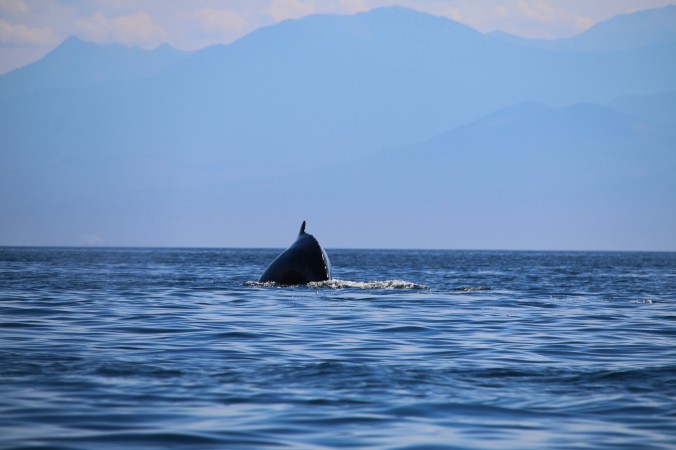 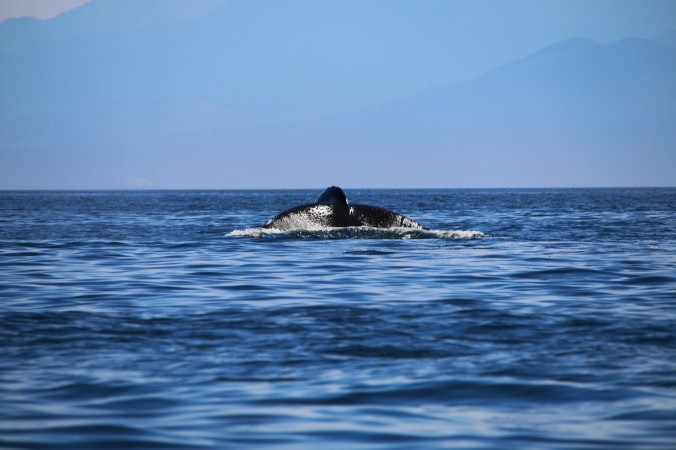 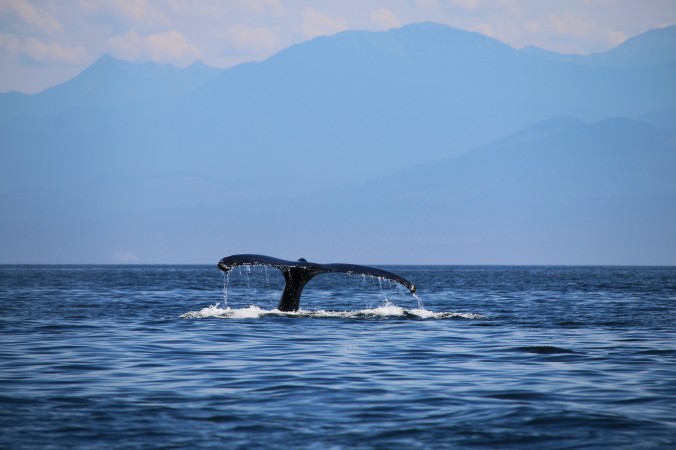 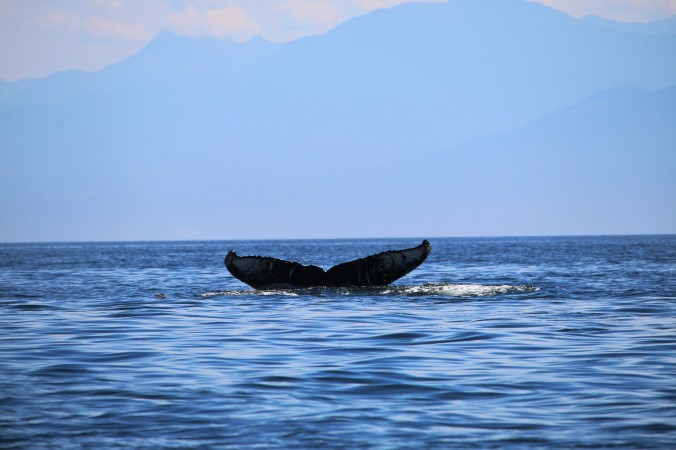 Again, I can’t believe I actually got these pictures and witnessed that with my own two eyes!  I know I keep saying the word incredible but I don’t know how else to describe it!  It truly was a once in a lifetime experience and being around family made it that much more special.  You better believe we were beside ourselves with excitement each time someone spotted a whale surfacing.
Finally, it was time to head back in and the humpback surfaced one last time. 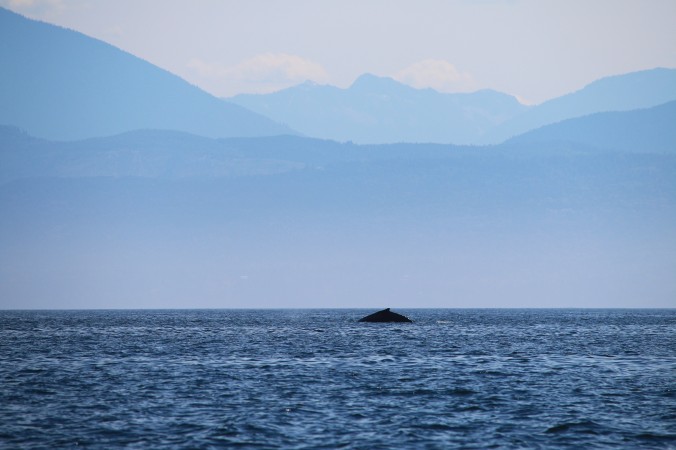 This is a day I’ll never forget.  I’m glad I have the pictures to forever remember it!  Seeing whales in the wild is like nothing else.  It’s by far one of the best days in my life and means so much more sharing it with the people I love most.

Have any of you ever been out whale watching?  Where did you go and what did you see?  Comment and share below!